Packing is one of the most annoying and time-consuming stages of any relocation process. No matter how well-prepared you are and no matter how many helping hands you have, it always takes too long to wrap up (pun intended). One way you can make this task easy-breezy is by simply relying on hassle-free packing services in London. If, however, you do not like the thought of spending money on such additional moving solutions and prefer to handle it the DIY-way, you can turn this chore into an educational experience. The world of packing supplies is surprisingly interesting! For example, did you know that:

The stack of packing materials on your kitchen table no longer looks so dull, does it?

We have cereals to thank for cardboard boxes

Tracing back the exact inventor or the year in which cardboard boxes were created is difficult. However, it is widely believed that they were first invented in England in 1817 by a company called M. Trevorton & Son. Over the years, this useful invention underwent a lot of transformations and one of the most important of them came to be in 1890 when a Brooklyn-based printed called Robert Gair experienced some technical issues with one of his printing machines. That accident led to the invention of the pre-cut cardboard box. Just five years later, the world welcomed the first corrugated cardboard box. Alas, no one really cared about it until cereal companies started using it as cereal cartons in the early 20th century.

The inventors of bubble wrap, Alfred Fielding and Marc Chavannes, first intended to use this material to make wallpapers. Unsurprisingly, that plan failed and they decided to try marketing their creation as a glasshouse insulation material. This was another terrible idea. Fielding and Chavannes had about 400 other not-so-brilliant back-up plans but they were saved from their misery when a US company decided to promote bubble wrap as a protective material in the mid-1960s.

Why did butchers use to love packing paper?

Packing items in old newspapers is not always a good idea because the ink can easily be transferred onto their surface. Butchers of the past were among the first to learn this valuable lesson. That is why they were the first to turn to a type of paper which we now call packing paper to wrap fish and meat for their customers. One of its older versions is even called “butchers’ paper” for that same reason.

Before packing peanuts there were packing spaghetti. Those were invented by chemist Maurice Laverna Zweigle in the 1960s. They were tube-shaped and were sold as protective materials. Nevertheless, Zweigle had to cut these little tubes to small peanuts to make his creation more effective.

If you want to opt for effective removals in Maryland E15 or some other London area, make sure you test the knowledge of your movers on the topic of packing supplies and their origin… just for the fun of it. 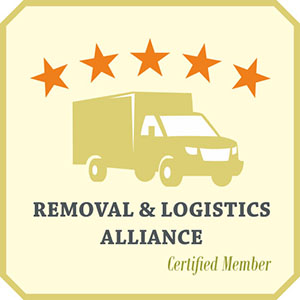